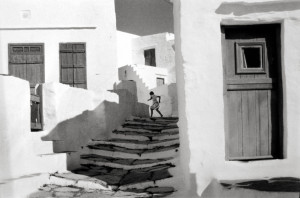 “The most aggressive and therefore the most dangerous words in the languages of the world are to be found in the assertion I AM.”
― D.W. Winnicott, Home is Where We Start From

By the time I entered college at Stony Brook University, I already had it in my mind that I might become a clinical psychologist. While pursuing psychological research with children and neuroscience research on emotion, I also developed a special interest in philosophy, taking classes in Continental European, Analytic, and Eastern philosophy.

I was admitted to a doctoral program in Clinical Psychology at the University of Arizona in 2003. Working in the lab of a distinguished professor, Dr. John Allen, I did my masters and doctoral research on the electrophysiology, brain imaging, and genetics of depression. As a side project, but by no means tangential to my deeper interests in philosophy, I was involved with the Center for Consciousness Studies, exploring questions about the relationship between consciousness and matter, as well as altered states of consciousness (psychotic, meditative, sleep, psychedelic, mystical). I also collaborated on a small clinical trial applying Les Greenberg’s emotion-focused therapy to individuals who were very self-critical. I was awarded a fellowship in neuroradiology and grants from the Institute for Mental Health Research and the Mind and Life Institute. I also worked on several large studies funded by the National Institutes of Health.

Clinically, I was trained in individual, couples, and family therapy along with psychological assessment. I worked in university based clinics, hospitals, a maximum-security prison, and other settings. By the time I was ready to move on to a full-time clinical internship, I sought training specifically in psychoanalytic approaches to ordinary and more severe problems. I moved to Albany, New York to work at Albany Medical College, the Stratton Veterans Affairs Hospital, and the Capital District Psychiatric Center. Across these sites, I garnered invaluable experience on inpatient units and outpatient clinics, with children and adults, individuals and families, ordinary civilians and combat veterans who had been traumatized by war.

For the next step of my training, which would be my eighth and final year, I moved to Miami, Florida to work at Jackson Memorial Hospital’s Mental Health Center and the University of Miami Psychiatry Department. As a postdoctoral fellow there, I worked with outpatients who suffered from severe psychiatric and social problems, as well as inpatients on general medical and surgical units. In this latter context I worked with dying individuals and others who suffered from serious illnesses such as cancer, AIDS, chronic pain and brain damage.

I first became independently licensed in 2011. I worked for two years as a staff psychologist at the University of Miami Counseling Center and eventually had a concurrent position as an affiliated assistant professor in Psychiatry and Behavioral Sciences. I also had a small private practice, working more intensively with individuals in the community, meeting with patients between one and three times a week. In 2014, I moved to California and started work at the University of California, Davis Student Health and Counseling Services. In Davis, I also had a private practice.

Most recently, I have relocated to San Luis Obispo County, where I plan to settle for the long term. I have been in private practice here since August 2016.

In addition to the clinical parts of my work, I have taught undergraduate psychology courses and medical student and residency seminars and supervised and taught many doctoral students in Psychology and residents and fellows in Psychiatry.